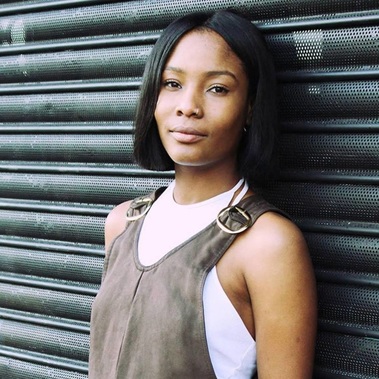 Liv Little, The Power of Your Peers

gal-dem.com is a creative online magazine comprised of almost 50 women of colour. Most of the team are based in the UK, but they do have a few from farther afield including the States and South America. The aim of gal-dem is to open up their take on the world to a wider audience. They want people of different shapes, sizes, genders and ethnic backgrounds to engage with the work they are doing. It is no secret that the mainstream media doesn’t represent or reflect them, so they are doing it for themselves.The Founder and Editor-In-Chief, Liv is a 22 year old politics and sociology student at the University of Bristol, she has a passion for documentaries, clothes, and women’s rights. Liv hopes to combine all of her loves into a future career and become a combination between Shami Chakrabti and Louis Theroux and achieve world domination through gal-dem (smiles)!

RB: Tell us the why behind your business.
LL: The why behind my business – studying social issues at university through a white lens is not only tiring but also damaging, as it suggests that our voices exist, which is simply not true. This constant overlooking of the voices of women and people of colour more generally in media, politics and the beauty industry are the driving factors behind why I created gal-dem. It was something missing in the UK, but also something which I needed on a personal level, I needed to connect with interesting, dynamic and like-minded young women, I found them at the perfect moment – I may well have gone crazy without it!
RB: What major challenges did you face when setting up your business and how did you overcome them?
LL:  I’m not sure if gal-dem is a business yet, I mean it is and it isn’t. For now, it isn’t contingent on finding funding or anything like that because everyone volunteers their time for free. As we have grown however the time available for it has become more difficult to find. Once I’ve graduated we will be looking for advertising, so I’m sure that this is when major challenges will begin. Time is definitely my biggest barrier now, our growth has been rapid but organic so we will see what the feature holds.
RB: Who has been the greatest influence on you since starting your venture and why?
LL: So something I truly believe in is the power of your peers, I’ve been heavily influenced by all of the women around me who are young, just starting out in their careers but have so much to give. Women like Cecile Emeke were influential in terms of me taking the steps to actually create this platform. I look around the women in my generation and feel constantly inspired, they are fearless and truly know what they want – having the support of women in these networks has been the greatest influence on me since starting the venture, we have all grown massively together.
RB: What is the vision for your business and where do you see yourself 5 years from now?
LL:  I’m gonna shoot big here and see gal-dem offices, a gal-dem production company and just a self-sustaining business with a global reach. I want as many people to be in tune with the gal-dem message as possible. I’m also keen to get some legal knowledge and use that to contribute to the wider study/work around human rights – particularly in relation to women.