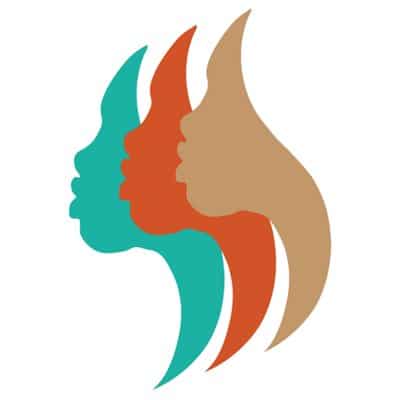 Shari Stiell-Quashie is the co-founder of Shuga N’ Spice Magazine. Growing up in Brooklyn, NY of Grenadian parentage, Shari witnessed the experiences of Caribbean immigrants and first-generation West Indians in the large Caribbean community of Brooklyn.  In many instances, Shari was the sole representative of the Caribbean perspective. With that in mind and her Bachelor Degree in Literature from Bard College in tow, Shari teamed up with Alissa to create Shuga N’ Spice to empower the Caribbean voice and put our culture on the map. Currently, Shari is a first-generation Masters student at Strategic Communications at Columbia University and seeks to apply her learnings to the business.

Alissa Jacques is the co-founder of Shuga N’ Spice Magazine. She grew up in East Flatbush, Brooklyn born to Jamaican/Guyanese parents. After leaving Brooklyn, Alissa saw that Caribbean culture were often misrepresented and most depictions of the Caribbean referred to poverty and tourism. After graduating from New York University with a Bachelor’s degree in Entrepreneurship, Education Policy, and Narrative Studies, Alissa realized the Caribbean narrative needed an interdisciplinary approach that replaced how others interacted with Caribbean culture and how the region presented itself to others.  Her experience growing startups through storytelling and design theory led to the inception of Shuga N’ Spice Magazine.  Alissa is a graduating student at Teachers College, Columbia University earning her Masters of
Arts in Sociology of Education.

RB:  Tell us about who you are, how you met and your background.

L & S:  We met in the 5th grade and have been friends ever since. Lisa is Jamaican & Guyanese and Shari is Grenadian.

RB:  Why did you decide to start this platform?
L & S: We started Shuga N’ Spice after realizing two things: The Caribbean is greatly misrepresented through the touristy or abject poverty lens. Secondly, there aren’t many magazines that aren’t country specific attempting  to reshape that narrative.
RB:  What are your aims with this platform?
L & S: We aim to create a new standard for connecting with Caribbean culture and reach 5 million West Indians in 5 years.
RB:Why do you believe the market is ready for what you are creating?
L & S:  If you don’t represent yourself, other people will try to represent and end failing to do it accurately. There is an influx of people who aren’t of West Indian heritage participating in Caribbean culture without understanding the nuances and differences. We feel someone needs to provide a guide to what the Caribbean is really about on a large scale. It’s for us and by us, but not solely to be consumed by us.

RB: Do you believe Caribbean people and culture are under and misrepresented in mainstream media?
L & S: Of course! Part of what’s been fascinating about this process is, the more we work in the culture the more people we find out that people have West Indian heritage. It takes a considerable amount of work to find out if its not explicitly said. Then you have mass media that perpetuates stereotypes about what it means to be Caribbean (i.e. terrible accents). ​

RB: What are some of the challenges of creating a digital magazine?
​L & S:  We are both print and digital. Money is always challenge. Finding ways to innovate without a budget can be difficult. Also finding people to work with us who believe in the mission so much so that they’ll forgo payment for their contributions (at the moment). Some may ask “Why don’t you raise money then?” We are weary of money being the answer to everything. We’re able to be more creative and scrappy with ideas and we get to see who really supports our mission without prioritizing monetary gain.

RB: This is the beginning of your journey. What else would you like to contribute to the betterment of the Caribbean community?
L & S :  Our biggest goal is to support West Indian entrepreneurs in tech, media, and consumer verticals to grow their business. ​

RB:  What advice do you have for women looking to branch into the digital magazine world?
​L & S:  For anyone looking to get into magazine publishing, definitely know your market inside and out. Produce content that you support, would engage with, and is the absolute best version of what it can be.