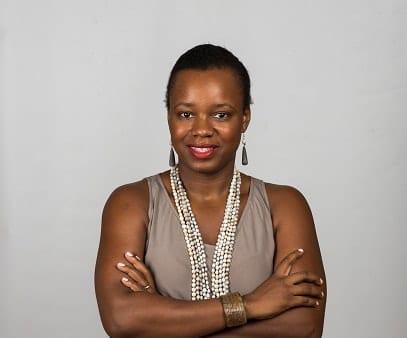 Regine Theodat: We Proudly Bring Haiti in a Bottle

Theodat began by providing advice about their rights and entitlements to shell-shocked survivors. What struck her from the very start, however, was that uppermost in the minds of everyone she met was where they could find work to support themselves and their families. That realisation, she recalls, switched her focus from human rights to development.  She began working with aid organizations, but what the change underlined for her once again was the lack of entrepreneurial input which could help create life-changing sustainable employment. So she decided to lead by example, opening MyaBèl restaurant and cocktail bar in 2013 as the first step in a disruptive strategy to launch a range of branded foods, supported by a farm to grow its produce.

It was an innovative plan and also a huge success. Theodat completed her FDA certification. The restaurant, with a distinctive menu of all-natural Haitian ingredients in its food and drink – including the cocktails – became a popular eaterie. And it used that popularity to launch its own brand of 14 gourmet sauces, artisanal tea, and bottled cocktails, along with packaged portions of its signature dishes.

RB:  Tell us about who you are.
RT: I’m Regine Theodat, I’m a recovering lawyer. I’m Haitian-American, I grew up in Cambridge, MA in what I’d consider a quintessential first-generation Haitian household.  I LOVED Haiti growing up and everything about it, ESPECIALLY the food. I was super proud to be Haitian and oddly, that’s what fueled much of my future business decisions.I dreamt a good portion of my life about being a corporate lawyer and left it all on a whim to move back to Haiti and practice human rights law following the 2010 earthquake. During my brief one-year stint as a human rights lawyer, my number one question was, “How do I get a visa out of here?” so I switched efforts over to job creation and that’s how I found myself in business. I love yoga, but don’t get to do it enough, I’m addicted to spin class and I can’t think of anything I’d rather do than eat great food/drinks with great company and take pictures of it so I can relive it over and over again.
RB: How did your business idea come about?
RT:  Well, I was starting to work in economic development and business support and two former colleagues (one whom I was dating at the time, and then became my husband) were opening up a restaurant. Their goal was to create a welcoming space in an area, that people didn’t think of a space to go and have a nice meal.One of my primary complaints in a 2010 Haiti was that cocktails were hard to find, and at the time all I wanted was tropical drinks. This was the perfect opportunity for me to have my bartending skills shine, so I developed drink menus for their restaurant. Soon after I started providing all sorts of opinions, so I just became a partner and the rest is history. The restaurant created a consumer demand for our products in bottles, which lead to our processing centre and farm.RB:  Why did you believe there was a demand for your service?
RT:  I think we imagined a demand for our restaurant, thankfully, our business has morphed and our primary business line is not a traditional restaurant. Our second phase of our business, our bottled food products, came about from consumer demand. I think at the time, people were hungry for local products and wanted to celebrate Haiti for something positive. They also didn’t want to drive in horrible traffic to come enjoy MyaBèl food.

RB:  You bring Haiti in a bottle. Tell us more about your food preparation processes.’
RT:  We proudly bring Haiti in a bottle. Our food preparation process starts with ingredients, we get our ingredients partially from our farm, partially from a growing network of farmers/ resellers and partially from farmers markets in the countryside. We select the best made-in-Haiti ingredients, then we have a 30-minute cleaning process. After they are cleaned outside of our facility they our brought in and processed. Some of our products our pasteurized, some are hot filled, and some are preserved through alcohol.

RB:  How has the response been for your product both from Haitians at home and abroad?
RT:  The response has been very overwhelming, we are trying our best to truly meet the demand of all of our products. Haitians in Haiti are happy to see local products supporting the economy and creating jobs. Haitians abroad are happy to be able to get the flavors of their childhood in a jar.

RB:  Do you think entrepreneurship can play a role in developing the Haitian economy?
RT: Absolutely, I think its one of the best ways to influence the economy. One of our biggest issues, is our informalised economy and our low GDP. Entrepreneurs create local jobs, using local resources and create wealth.

RB:  Where do you see your business five years from now?
RT:  Five years from now, I see us with over 100 local employees, over 500 farmers in our farmers network, exporting in at least 2 continents and becoming closer to our goal of being synonymous with Haitian gastronomy.

RB:  What words of encouragement do you have for women who are looking to start a business like yours?
RT: Check your numbers thrice, commit, believe in yourself and go for it!