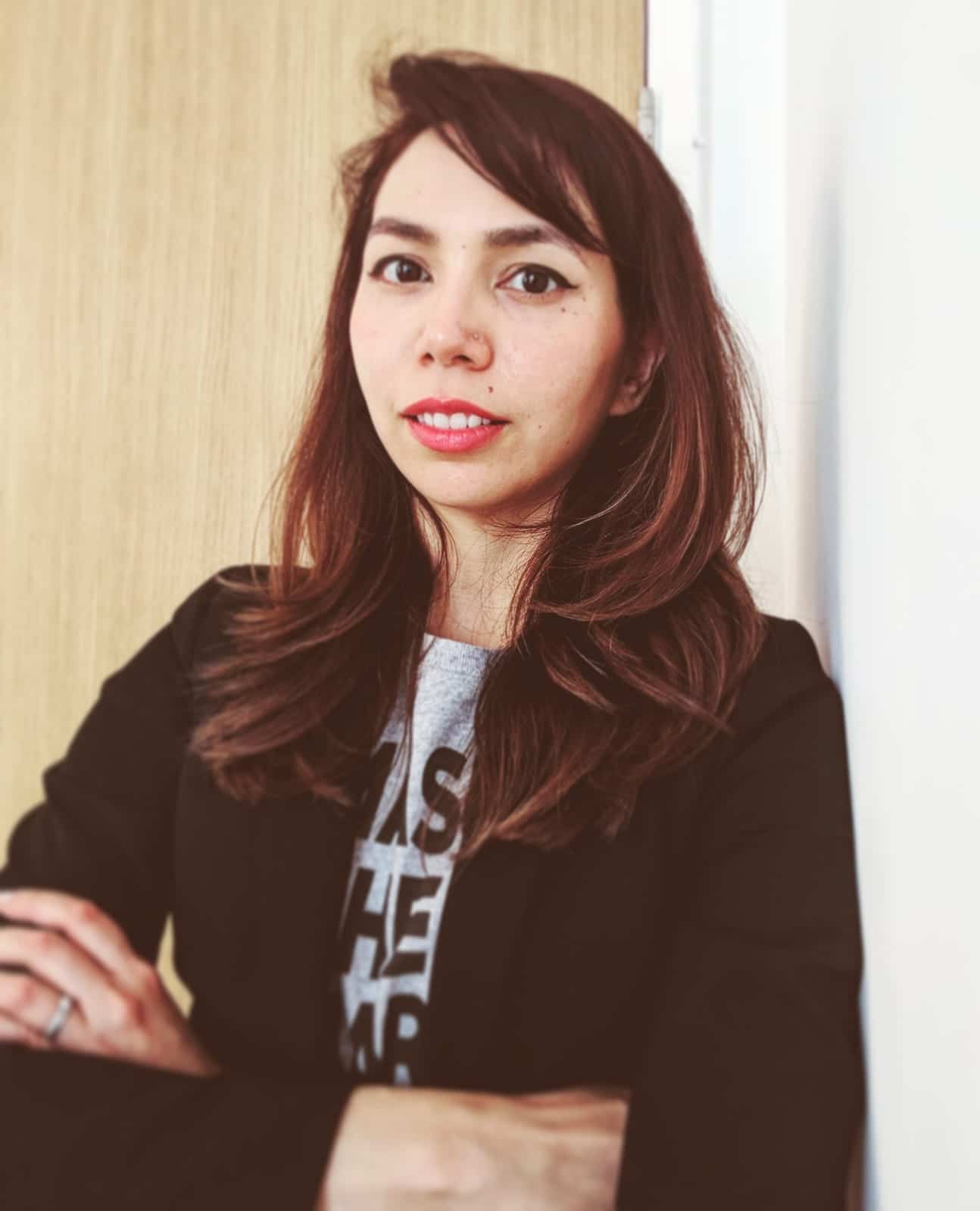 Building a Women Led, Tech for Good Company with Noor

Noor Mo’alla is a tech for good and development expert that has extensive experience in driving and delivering data and tech-driven, highly focused, goal-oriented programmes across multiple geographies. Noor is dedicated to using and developing technology to solve society’s most pressing issues and believes that climate change can be addressed by using AI to support community-led development responses.

Tell us about you, where you are from?

I’m a third culture child, half Jordanian – half Filipino and have found that this has heavily influenced the way I view the world and operate in it – with curiosity and openness. This has led to and fuelled my lifelong fascination with technology, and how I approach the work that I do, I went to design school, for example, and I was fascinated but the technology aspect of design and how people interact with that, whether it be design thinking or human centred design. When I worked in strategic communications, I focused on using data science and visualisation to make it easier to make sense of and disseminate information, and I could make sense of data and tonnes of information in a way that people couldn’t and moreover communicate it verbally in a way that people could connect with.

This was key in the work that I did in international development, where I went on to advise clients on applying technology solutions to problems around violent extremism, peacebuilding and conflict prevention.

Artificial Intelligence was a natural progression from there, I am a futurist and I love working on building on my visions of what could be – and especially what could be better for the world we live in!

Where did the idea for Collision AI come from?

I wanted to build a women led, Tech for Good company that leverages AI to tackle some of the most pressing issues the world is facing now, whether that be climate change, humanitarian response or peace building. I care about bringing AI solutions to communities that might not have access to it and running projects at the grassroots level that empowers women and girls to use technology for good in their communities.

Please explain how AI (and ML) can be used to solve some of societies biggest social challenges?

We are facing an ever growing amount of challenges spanning from climate change, to food security, refugees and increasing conflict – often dealing with all of these with a limited amount of resources whether financial or even when it comes to capacity.

A good example would be what happens when disaster strikes. Think of all the money, logistics and mobilising of resources and even people it takes and all the time that goes along with that – predictive AI models can better inform us of when such disasters might happen (it’s already being done with adverse weather forecasting) and help jumpstart this process.

AI can be used to help solve previously intractable social challenges – people like the Rainforest Connection are using it to stop illegal deforestation, while Microsoft are working with NGOs to build models to aid with humanitarian response. There’s so much good that can be done by leveraging existing AI technology, and we’ve only just started!

What are some of the challenges of implementing AI solutions to tackle global problems?

Lack of gender data is a big issue, and it means that the data we use to build models and algorithms do not account for the full picture. Thankfully there are organisations such as data2X are dedicated to helping solve this. The conversation led around AI is also mostly led by men, and this means that algorithms built to support the use of AI for all of us are not really inclusive either. A growing number of Women in AI groups have also started forming to address this, to tackle bias and issues around the ethical use and building of AI that is gender balanced and gender sensitive.

Of course, for Collision AI, this is baked in our DNA – and how we operate as standard, we don’t have all the answers of course, but we have an in built awareness of how to represent the issues and needs of women – and for me, as a woman from the global south, even more so for women of colour. Representation matters in AI as in all things and I believe the fact that companies like mine exists is already a great step in the right direction!

We read that AI can’t replace every task what do you say to people who believe machines should not replace humans or have a distrust for this type of technology?

I would agree to an extent, it should enhance and support human function – and be able to make it faster, bigger and better! AI for social good, for example, has the potential to deliver impact to those who need it most faster than if we just used humans. Which is why the conversation about ethics in AI is such an important one for everyone to be involved in!

Do you believe AI startups are receiving the same type of investment funding as other tech startups? Can you speak to more of the funding around AI generally.

There’s definitely momentum building at the moment, a report released by venture capital firm MMC Ventures, in association with Barclays, shows that one in 12 new startups in Europe is an artificial intelligence (AI) company – compared with just one in 50 in 2013.

Big tech like Google are also investing in AI, so it seems to be an upward trend, and as more AI for Good comes to the forefront I believe more investment will also come in that direction.

There are many more women starting businesses’ in AI, ML, Big Data,  and Data Science. How can women-led startups use the aforementioned technology to specifically solve problems affecting women?

I think first and foremost accounting for bias in their data as well as ensuring that they can work towards fixing it is a really big step.

What are some of the biggest misconceptions about women building tech companies?

It’s a bit early for me to say anything from experience of this, but what I have noticed is that whatever the existing misconception is it seems to be fueling bias in funding for women tech founders. Sophia Matveeva, in her article which discusses this outlines some shocking facts for funding in the UK, where  “for every £1 of venture capital (VC) investment in the UK, all-female founder teams get less than 1p, all-male founder teams get 89p, and mixed-gender teams 10p.”

My sense is, it’s something around capability and having to prove a concept – whereas men are given the benefit of the doubt and can take an idea forward to be funded and are given funding more readily. Which is why Rarebirds is such an important platform that needs to exist!

Creating positive impact wherever we work – and helping to tackle our world’s most pressing issues such as climate change. We, and the world need it!

Don’t be discouraged by not being a hardcore techie! We need more women who come to AI with real world problems to solve and see it as a tool to fix these rather than a shiny new thing to adopt! Reach out to the wonderful network of women in AI who are already doing this; we’re all in it together.