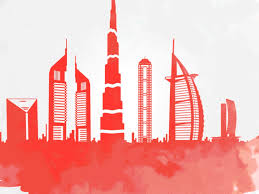 The government of the United Arab Emirates will employ blockchain technology for use in its judicial notarization and authentication services, it announced on Monday, according to the Emirates News Agency.

The adoption of blockchain tech is expected to cut down on the time, effort and expenditure spent by the UAE’s Ministry of Justice in authenticating and verifying contracts and documentation, while building on the government’s plan to transfer half of its transactions onto the blockchain by the end of this year.