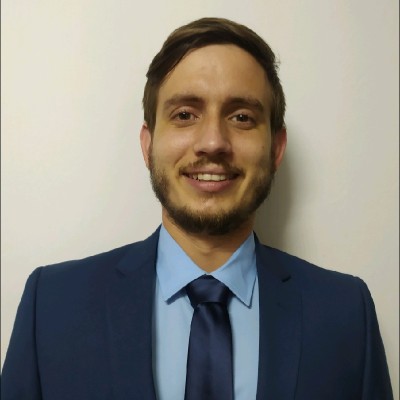 Building the Paradise of Cryptocurrencies in Cuba

In Conversation with Félix Fernando Ulloa Peña, CEO and Founder of HeavenEx

“I have worked on several of my own cryptocurrency projects since 2017. My work is my passion!”

Félix F. Ulloa Peña is a Computer Engineer as well as the CEO and Founder of HeavenEx, a peer-to-peer network to buy and sell cryptocurrencies by any payment method in Cuba.  It is one of the first on the island and we sat down with him to find out more.

FP:  I was a “normal” college student until my Mom’s condition (personality disorder) worsened and she attempted suicide.  My whole world changed! I had to be home all the time and my Dad had to quit work.  I made the decision to find a way to survive using my computer skills. I created several projects together with my family and friends who supported me to keep going. I found a project called PAYOPM with which I was able to have my first VISA card and with it I was able to buy BTC and invest it in some projects.  At that time I thought they magically generated money.

In 2018 a friend bought me 100 USD in BTC and I sold it through my YouTube channel.  Seeing that it was accepted, I continued making sales and thus CubaCoin was born.   A project for the sale of cryptocurrencies in Cuba where in addition to BTC I added others.  At that time Karatbars was fashionable in Cuba, the KBC cryptocurrency was also included on the web.

The Birth of an Idea

FP:  At the time I was selling cryptocurrencies in Cuba, more sellers began to appear all over the island and the first scams were already beginning.  So it occurred to me to create a platform where sellers and buyers had all the offers, so they didn’t have to be asking for everyone’s Telegram and WhatsApp groups.  If someone was interested in buying there could be a safer market because the platform would take care of security, thus CubaExchange was born-the first platform that allowed a P2P exchange between Cubans. I had to close it shortly after because I did not have legal backing and it was beginning to cause a problem. Then in 2020 CubaXchange came out, now not only with a P2P but with the possibility of recharging, having virtual cards and much more security than the previous platform. CubaXchange remained until 2021, when it began to contract with other companies and make the site more international, the word Cuba in the name began to be a problem. So, we decided to change the name to HeavenEx “The paradise of cryptocurrencies.” The idea is that everything that can be paid today with FIAT (physical money) can also be paid with cryptocurrencies.

At HeavenEx  you can buy cryptocurrencies between people (P2P), with VISA and MASTERCARD cards from the “Buy cryptocurrencies” service. You can send an SMS, top up mobile phones from several teleoperators, make exchanges between cryptocurrencies and also send a user’s balance to another. One of the greatest advantages that our users have is that they feel safe and have stopped buying and selling in a risky way in Telegram and WhatsApp groups.  They use HeavenEx and are able to achieve a sale without fear of being scammed.

The Most Popular Cryptocurrencies

FP: The most popular cryptocurrencies on HeavenEx are BTC, TRX, USDT TRC-20, LTC, and BNB

A Pioneer in Cuba

FP:  I do not dare to say that I was the first but without a doubt I am at the beginning of the history of cryptocurrencies in Cuba. Since my inception, I have seen many entrepreneurs choose to use cryptocurrencies. As more time passes, more Cubans join cryptocurrencies.

Cubans Use Crypto to..

FP:  Cubans use cryptocurrencies to make payments online, remittances, trading, holding, to protect themselves from the devaluation of the Cuban peso, among others, the Cuban is very creative.

FP:  Resolution 215 of 2021, of the Central Bank of Cuba (BCC), published in the Official Gazette No. 73 in its Extraordinary edition, came into effect on September 16. It recognizes the use of said assets, among which are cryptocurrencies, to carry out commercial, financial, exchange and payment collection operations. However, it makes it clear that the Central State Administration Bodies, as well as their dependencies and subordinate entities, cannot carry out operations of any kind with virtual assets. The BCC grants itself the possibility of authorizing permits when it deems it necessary. In turn, it recognizes the provisions of Decree Law 362 of 2018, which empowers the BCC to grant licenses to natural persons to carry out financial activities that interest the state institution.

The Future of Crypto in Cuba

FP:  Cuba still has a lot to advance in this branch but without a doubt the future of cryptocurrencies will be bright in the country.  In an environment in which currency devaluation is a problem and the inflows and outflows of FIAT money are regulated in all countries, cryptocurrencies do not suffer from these limitations.   Accepting them as payment methods in business and using them in our day-to-day life would be a great advance in the search for the economic independence that everyone seeks. The cryptocurrencies you own are yours, they do not need to be in a bank so there is no risk that in a great crisis the bank declares itself bankrupt and you lose everything. In addition, you can take advantage of the fluctuation of currencies and generate income. Cryptocurrencies are definitely the future.

Reach Out to Felix