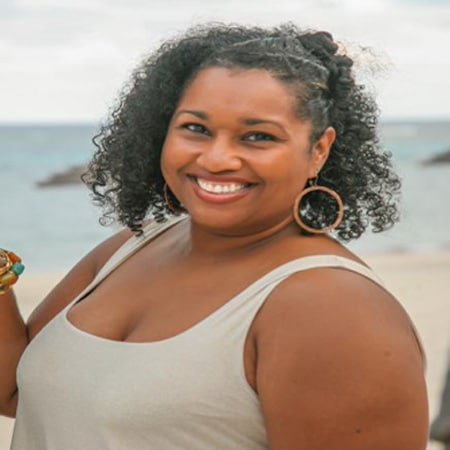 As a West Indian with roots in various parts of the Caribbean, namely St. Kitts and Nevis, Antigua and the USVI, I delight in sharing the vibrant and multi-faceted narratives of the many women who are building businesses’, inspiring change and spurring economic activity throughout the region. Whilst on a brief hiatus to my birthplace-St. Croix, the largest of the three islands comprising the USVI-I was fortunate enough to sit down with two women entrepreneurs Stennett Dariah and Abbelle Bakr. Through this documentation I invite you to read and gain insight into the Crucian perspective on female entrepreneurship.It was another balmy and tropical day on the 84-square mile island. It was ideal for invariably good conversation about all things women and entrepreneurship. Stennett, Abbelle and I met up at The Women’s Business Centre, the non-profit arm of the Integrity Business Centre of the Virgin Islands or IBCVI, which was founded in 2005 by Abbelle. The centre equips entrepreneurs, young professionals and small business owners with skills required to thrive in business.

Stennett DariahStennett, is gregarious as she tells me more about herself. She is a certified life coach, speaker and consultant. In the past she gained formidable experience in the non profit, private and government sectors. Her roles have included but not been limited to program and project management. She smiles warmly as she exclaims, “ I am an island girl to the core.” She is a Crucian, born and raised in St. Croix. Her only time away from the island was to study at City University in Seattle, where she obtained a BSc in Business Administration with an emphasis in Human Resources. Stennett founded her current venture, Virgin Islands Consulting & Coaching in 2015 upon completing coaching school. After becoming unemployed in 2014, she was looking for her next challenge and stumbled into coaching. She explains that her plans were never to create a coaching business as such, but when she realised it was a requirement for her course, she dived right in. She has since been immersed in organising workshops. Stennette enjoys learning and is working towards completing a graduate certificate in project management in March 2016 and is also currently enrolled in leadership school. She has a side venture whereby she sells cheesecakes and seasonal drinks. Like many female entrepreneurs, she has her fingers in many pies.

Abbelle BakrAbbelle immediately catches my gaze, with her brightly coloured top as she gives me a tour of the business centre. Abbelle was born and raised in Guyana until the age of 6. Her mother worked for CARICOM, the Caribbean Community and regional common market, dedicated to promoting economic integration. The family migrated to New York City after her mother secured a job working for the United Nations. She completed a degree at Rutgers University in psychology and education. She started her career as a teacher and eventually rose through the ranks to become a director of schools and eventually an area manager. Whilst working in senior roles, Abbelle was often sent on training courses in management and accounting. This is when she quickly realised the importance of finance. She learned in her own words, “That education was a business.” This was the beginning of a new career in accounting and finance. After 9/11, there was a feeling for something new and a desire to leave the rate race. She had always heard her mother’s stories about Caribbean life. Abbelle, her husband and two kids relocated to St. Croix. Like her own mother, she too set off to begin a new life. She fell in love with the culture, the support her family received and the strong sense of community and family values. Her initial job was as an accountant working for several companies. Abbelle, describes herself as not an employee but someone who wanted her creative ideas to mean something. After a termination due to management differences she had 6 months to do something and thus began the birth of what is now The Integrity Business Centre of the Virgin Islands. The beginning was filled with challenges as she explains how her first office was in a basement where the heat intensely penetrated the building. A local business man offered her prime office space at about the same time her back then, current landlord sold the space she was occupying, unbeknownst to her! And the rest as they say is history.

JH: What are the major challenges of having a business in St. Croix?

SD: Firstly, I do not have a brick and mortar space. Secondly, acquiring paid clients because in many instances people do not want to pay. I also find that sometimes men, in particular do not want to pay me for my services. It is difficult to work with men at times who find it hard working with women in decision making roles. I believe there is a professional need in the community and across the Caribbean for my services.

AB: The challenges are deep rooted in the culture. The culture does not believe in much of the services I provide. The community is made up of majority small businesses, mainly mom and pop shops. St. Croix could do better at being business friendly. Processes’ are cumbersome and information is not disseminated properly. One must be determined to get a business license. It is not so easy in the territory. Another challenge is that overhead costs are so high that many small businesses fail. During the energy crisis many businesses’ failed because they could not afford to pay their electricity bills. We are a seasonal community, so from November through February there is a feast and from June through October there is famine. So everyone must operate on a 6-month basis. It can be a difficult climate and there isn’t a lot of government support. Culturally the community still pushes getting a good government job and as women we are encouraged to get married and have kids. So our security is a government job and/or a husband.

JH: How do you overcome these challenges?

SD: By keep moving forward and I also have a great support network and very close female friends.

AB: To overcome these challenges I have personal drive, I am determined and I have chosen not to give up. I also reach out to the wider business community for support, attend lots of networking events and programs to help support my business. I am also very big on setting goals.

JH: What has your experience been as a female entrepreneur building a business on St. Croix?

SD: Gender wise I have worked in several organizations where the men were the head. I remember having roles where the man who headed up the department did not know how to do the job. I knew the work, carried the entire department but of course he made twice as much as I did and I was continuously ignored by him. It is quite a macho and ego driven culture and I am very vocal about things and many of the men cannot handle it. Working in a company I always had to temper myself but now as an entrepreneur I am able to truly express myself. Most of my clients are female as men see coaching as counselling and find it an uncomfortable area to deal with. As a woman doing business in St. Croix I would say it is misogynistic. I am very big on putting things in writing. In terms of women, if I am attacked it is by religious women who believe that men and women have defined roles. I manage it all by being selective about my relationships. I must add that I find these issues are generally with older men whereas the men of the younger generation are much more open.

AB: The culture does not always recognise female entrepreneurs. I am often reminding individuals that I own a business particularly when they walk through the doors and ask to speak to the owner. I then respond with, “You are speaking to her.” I do not think I am taken as seriously as the men and this is based on gender. There are opportunities where I feel excluded because the finance field is male dominated. The men also relate to me from a wife and mother perspective and not as the role of a business woman. The culture is macho but I manage it. As an entrepreneur I am having control over the business operations and I am very empathetic to other women who are building businesses and raising families at the same time.

JH: Why are so many women becoming entrepreneurs?

SD: Because they have to, they really have no choice! Our community has more women than men so women are having to find ways to make their own way. Also women like being independent and having their own thing. There are many men absent from homes as well for a myriad of reasons. I began selling crafts at a very young age which was encouraged by my mother. She also drove my sales! I grew up being entrepreneurial but did not have the capacity to call myself an entrepreneur but I was constantly surrounded by entrepreneurial activity.

AB: I believe women have always been entrepreneurs but undervalued ones. My grandmother who would sew clothes was an entrepreneur but no one called her that, whereas, now women are finally being recognized as such. I believe that women are going beyond the norm and claiming leadership roles. I also believe that jobs do not create wealth, entrepreneurship allows women an avenue to take care of themselves, their families and further generations. Jobs no longer provide stability, economies and markets have changed. So everyone is having multiple income streams.

JH: How do you think is best to empower the next generation of women?

SD: The girls need empowerment but so do the boys. The boys are being left behind. I plan to offer workshops to young people on self love and self esteem. I believe we should teach interdependence and finding balance in life. Both genders need involvement to empower the next generation of women and men.

AB: We must teach our daughters the realities of womanhood and not train them in the ancient world of a “woman’s place.” A woman’s place is wherever she desires and wants to be. They should know that they have a choice. Being a woman does not mean being just a wife and mother but it can be other things and many things as well. Inspire a love for independence and not being tied to anyone or any entity, i.e. a husband or the government.JH: What do you want the Fabulous Fempreneurship community to know about St. Croix and female entrepreneurship?

SD: We are a small community. Everyone is helpful and willing to assist. Networking is easy and connections are made quickly. Everyone is available and accessible. It is easy to approach and speak to people all the time. I get to wear my bathing suit to work as well (laughing). We are also open to partnering and doing business globally. We have the benefit of the US legal system, which is a plus!

AB: It is a fascinating place. Despite our challenges this community offers a lot especially in terms of support. Women here have an extremely strong support system of aunties, grandmothers and very nurturing women who all help to raise the family. It is also a very friendly and amicable place. There isn’t a rat race here! There is a rich spirit and culture which balances the entrepreneur. St. Croix has given me soft skills and tempered my approach in ways that NYC couldn’t as it is edgy and entrepreneurs there can be quite the opposite.