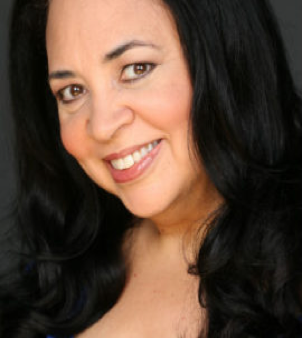 Podcast Episode 6: Tonya Fitzpatrick in the USA. The transformative power of travel.

Jo-Ann talks to Tonya as she shares her transformative story on travel. She has combined her passion for travel, life experiences and skills to create a global travel business with her husband Ian.  She discusses leaving her legal career behind, grappling with changes and building an entire new life around what she is passionate about.  Tonya says, “She really had to dig deep to begin to define how travel was meant to inspire and create a positive change.  But all that was required was that I had to, once again, look at who I am and what has always been inside of me—a strong sense of social justice, a great love for people and an insatiable curiosity about the world around us.  I’ve always known that I’m a “connector” and educator.”  Listen to Tonya’s podcast and learn how you too can use travel to transform your life and business venture.  How can travel transform the entrepreneurs life?

Tonya Fitzpatrick loves talking about the transformative power of travel and she has done so on several stages including TEDx, the Women’s Economic Forum in India, the North American Travel Journalist Association, and FestiGals conference in New Orleans.   She has also served as moderator for the Environmental Film Festival and a film presentation at the National Press Club.  Tonya is a lawyer by training but an intrepid traveler and global citizen by heart and the latter inspired her to create World Footprints Media  where she producers and co-hosts the multi award-winning World Footprints podcast with her husband, Ian.   World Footprints is a Lowell Thomas award-winning show that stands on the foundation of social responsibility and inspiring life journeys.   Listeners have been inspired by World Footprints interviews with prominent figures like the late Dr. Maya Angelou, Ken Burns, Jack Hanna, Stefanie Powers, David Rockefeller, Jr., Robert Kennedy, Jr., and others.

A published author, Tonya has contributed a chapter in a career inspiration book with Stephen Covey, co-created a Baltimore travel app and authored an e-itinerary guide for Washington, DC. Her professional career is diverse and ranges from a fundraising executive for a theatre to a politico.  Under President George W. Bush, she received an appointment as a Deputy Assistant Secretary at the U.S. Department of Education; she was placed as a federal contractor as Senior Legal Advisor in the Office of Civil Rights at the U.S. Department of Homeland Security; and, Tonya has served on Capitol Hill and other in other political positions.

Tonya received a Masters degree from the London School of Economics and a law degree from Wayne State University. She has lived, studied or worked in England, Russia and China.  She is a popular media personality who has appeared on public radio, the CBS and NBC networks and Retirement Living.  Tonya has also been featured in Black Enterprise, USA News Report and several books including “This Is NOT The Career I Ordered”.  When she is not crossing the globe, Tonya lives in the metro Washington, DC area with her husband Ian and their cat, Irwin.