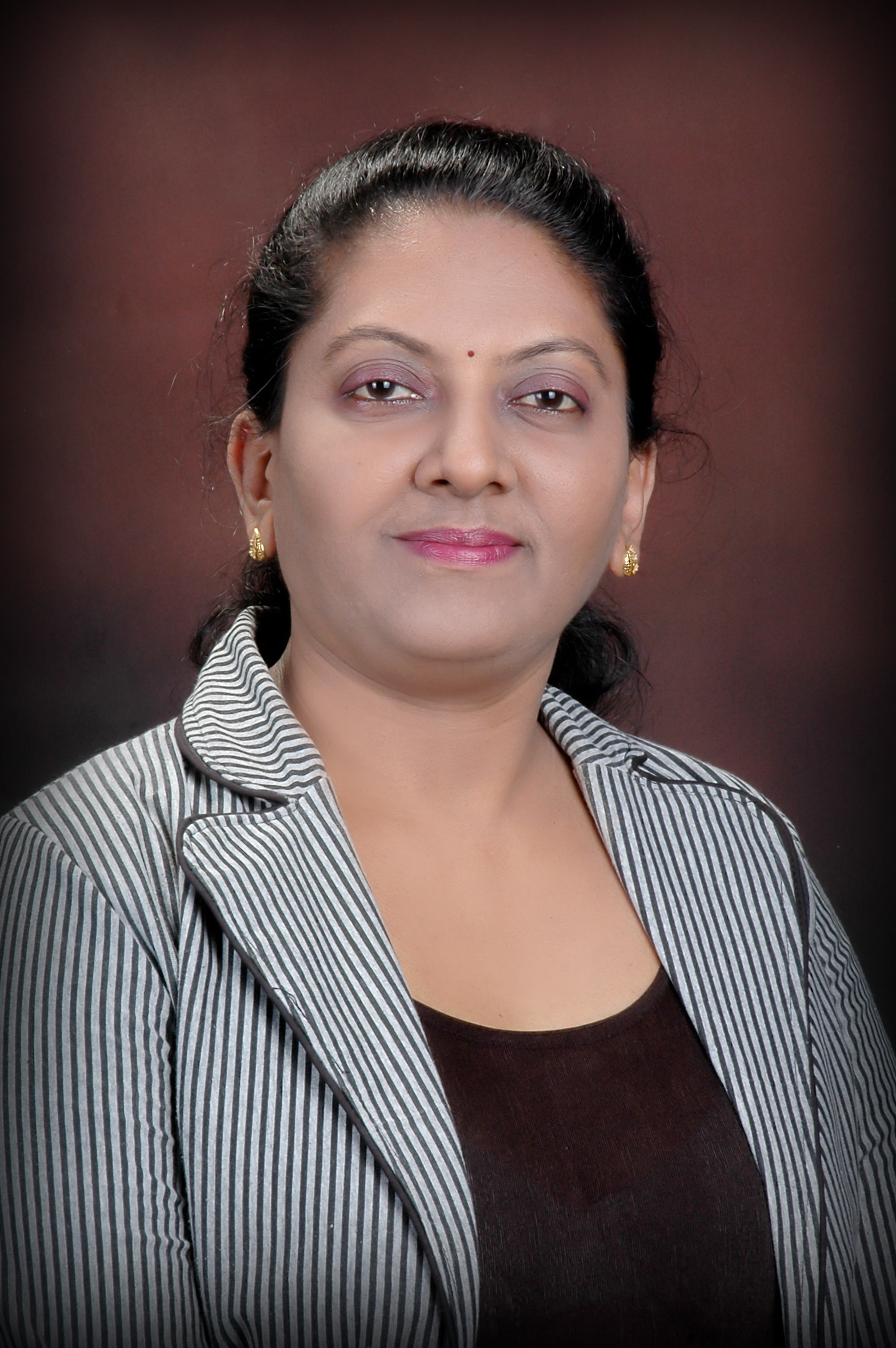 Mrs. Kavitha M.Prakash has made an enormous versatile transition, from being a content housewife to a freelance Corporate Trainer, as circumstances unfolded in the past 14 years. She was associated with UNICEF as a volunteer member for their child welfare projects, in addition to, being an Educational Consultant for World Book International, USA. She is a person who expands her horizon and takes to people like fish to water. She is a stickler to the adage – ‘ Minds are like umbrellas, they work only when they are open’. Her commitment is backed by the support garnered from her family and friends.

She has a master degree in Mathematics and English.  Started off her stint with children as the Secretary, of Chinmaya Mission Balavihar (A lifeskills and culture platform for children) and moved on to become a soft skills trainer for companies like Infosys, Accenture, L nT, E&Y, RIIIT, Nestle, AT&S, Administrative Training Institute, Business establishments and Startups  besides many reputed schools in Mysore and Bangalore. Her own outfit is called ‘OASIS’, which works towards ‘Redefining Transitions,’ provides consultancy and event management solutions.

She believes that every human being is a channel for divine healing energy as a Yoga Prana Vidya Pranic Healer. Helping people to heal physically, mentally and emotionally is the purpose of our life.  She has joined hands with Peoplepro International, as ‘Implementer’ to drive their Lifeskills programs in reputed schools in Mysore.  Apart from being on the Panel of Trainers of Institute of Chartered Accountants of India’s chapters based in several cities, also serves as a consistent guest faculty for the Institute of Company Secretaries of India, Mysore Chapter.

In this episode Kavitha shares with Jo-Ann her perspective on choices. Are you making good choices in life?

Having been trained at the British Council, she trains people in Communicative English and Vocabulary Skills, which is the need of the hour. Being a ‘Cambridge ELT – Member’, she designs and delivers customized Training Programs on Communicative English for teachers, at schools, colleges and Institutions.  She is with T.I.M.E. as faculty for Softskills and English- Verbal Ability for Competitive Exam aspirants. She holds an International Graduate Diploma in Counselling Skills from Banjara Academy. Also, a resource person for an NPO called ‘Infinite Scope’, associated with adolescent counseling.  She is the Regional Coordinator and Master Trainer for MaRRS International Spelling Bee Competitions, which covers most reputed schools in India.

An avid Scrabble  enthusiast who brought Zygo Scrabble Club to Mysore, trains Scrabblers for National Scrabble Tournaments, besides running the ‘READER’S THEATER’  She is game for a game of scrabble anytime of the day. She loves the challenge of deciphering cryptoquips.  Added to a feather to her cap by being chosen as the President of the mysuru chapter named JCI MYSORE SUCCESS WORLD, a leading global network of young and active citizens called the JUNIOR CHAMBER INTERNATIONAL.

In a nutshell, a very wholesome conversationalist, an energetic and creative trainer, an ambitious entrepreneur, an enthusiastic Toastmaster, a vivid Storyteller and a versatile personality.   Recently, awarded as one of the ‘Exceptional Woman of Excellence’ at the ALL-WEF global conference held at Taj Vivanta, New Delhi.